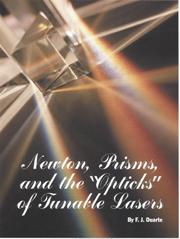 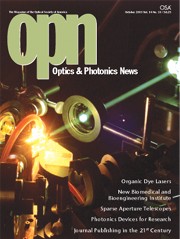 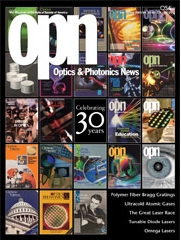 F. J. Duarte is a laser physicist, with interests in experimental physics and related theory, who has made a number of original contributions to the fields of tunable lasers and quantum optics. He introduced the generalized multiple-prism grating dispersion theory, has made various unique innovations to the physics and architecture of tunable laser oscillators, discovered polymer-nanoparticle gain media, demonstrated quantum coherent emission from electrically-pumped organic semiconductors, has pioneered the use of Dirac's quantum notation in classical optics, and derived the probability amplitude for quantum entanglement from transparent quantum interferometric principles, à la Dirac. The initial phase of his work, on N-slit quantum interferometry, led to the introduction of extremely-expanded laser beam illumination (3000:1) for interferometric techniques in microscopy and nanoscopy applied to industrial imaging measurements at the Eastman Kodak Company (1987).

Duarte studied mathematics and physics at Macquarie University where he was, as an undergraduate, a student of the quantum physicist J. C. Ward. At Macquarie he was the first to graduate with First Class Honours in Physics (1978). His honours thesis was entitled Excitation Processes in Continuous Wave Rare Gas-Metal Halide Vapour Lasers. Within three years he completed his research, for a Ph.D. in physics, on optically-pumped molecular lasers. In 1981 he became a Commonwealth Post-Doctoral Fellow at the University of New South Wales where built high-resolution UV tunable lasers for IR-UV double-resonance spectroscopy.

The generalized multiple-prism dispersion theory is applicable to the design of narrow-linewidth tunable laser oscillators as well as to the design of prismatic pulse compressors for ultrashort-pulse high-peak-power lasers. His contributions to tunable laser oscillators include the design and construction of original narrow-linewidth multiple-prism grating (MPG) configurations, initially developed for copper-laser pumped dye lasers, which have also been applied to high-power lasers using gaseous and solid-state gain media. His MPG solid-state laser oscillators were the first to yield tunable high-peak-power, diffraction-limited, single-longitudinal-mode emission, with a Gaussian temporal profile, at the limit allowed by Heisenberg’s uncertainty principle. One of his papers, on laser pulse compression, is listed by the American Institute of Physics as relevant to the 2018 Nobel Prize in Physics.

One of his works, on space-to-space interferometric communications, was selected by Laser Focus World as one of the top technology developments in photonics for 2015. He has also applied research on N slit laser interferometers to the development of aviation instrumentation for clear air turbulence detection. Since 2012 he has published several works on the foundations of quantum entanglement. Interest on his quantum entanglement research has transcended physics into the philosophical realm.

Duarte is the author of numerous archival scientific publications including 16 books published by editorials like Academic, CRC, Elsevier, Institute of Physics (UK), SPIE, and Springer. His contributions are mentioned in more than two hundred scholarly books, including several classics, and his book titles are held at approximately five thousand libraries, worldwide. Since 2017 he has been appointed Editor of the book series Coherent Sources, Quantum Fundamentals, and Applications for Institute of Physics Publishing (London).

At Institute of Physics (IOP)